By day, Jackie Luther is a mild mannered Accounting Specialist, but by night she leaves her spreadsheet and calculator behind to assume her alter ego: Direct Support Professional on The Arc of Livingston-Wyoming Residential team. And to the individuals she supports, Jackie is definitely a hero. 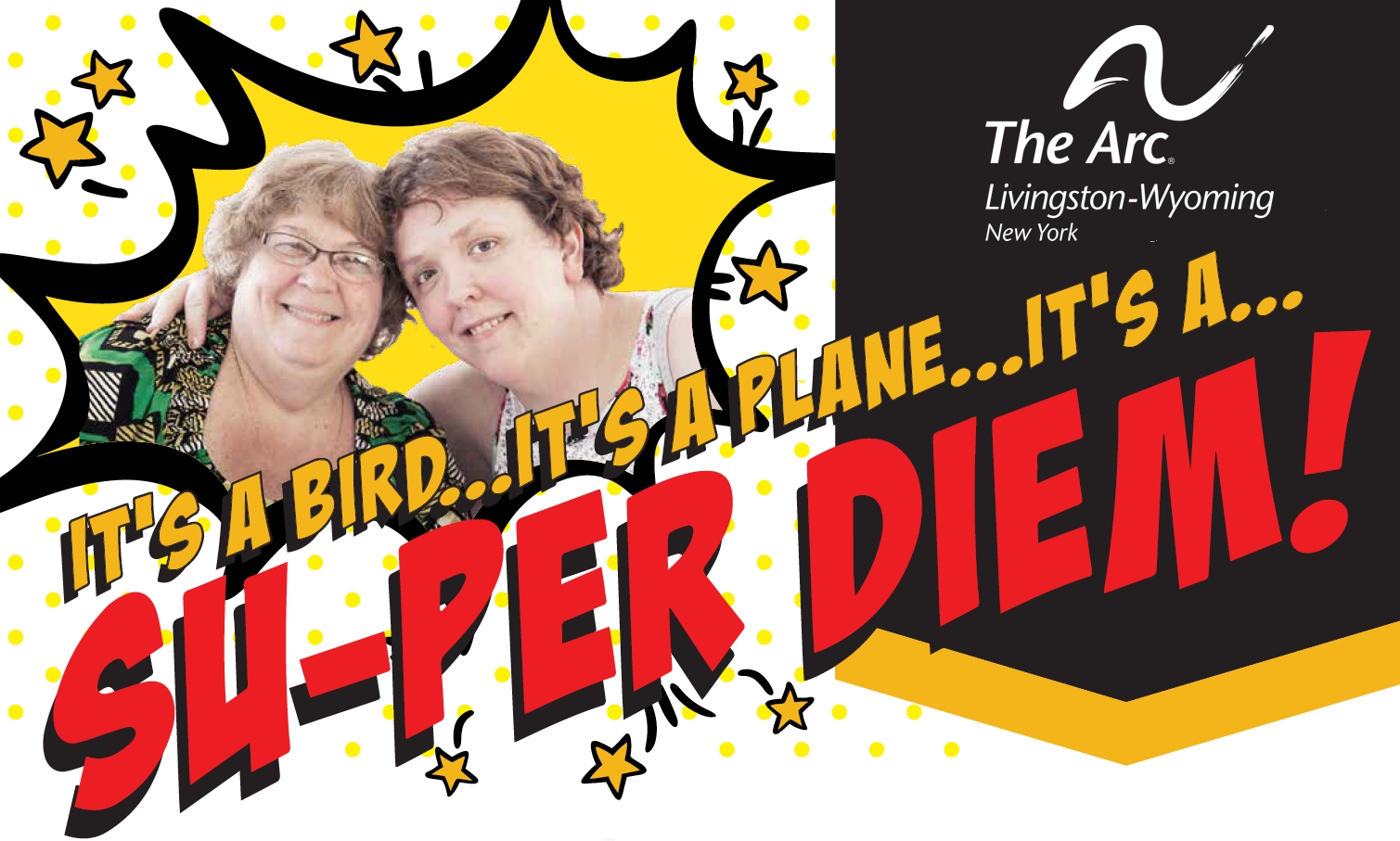 “She always understands what I’m going through,” says Miranda Snyder, who lives at the Deiter IRA in Dansville. “She’s an all-around good person. We need more people like her in the world.” And the feeling is mutual.

“Miranda is a ball,” Jackie says, with a smile. Then, faster than a speeding bullet, she recalls some of their special times together: Buffalo Bills games, Special Olympics volleyball and softball, trips to Applebee’s and Dunkin Donuts, The Arc Annual Dinner, and more. All of this since Jackie became a Residential per diem employee in 2019, to complement her regular 8:00-4:00 gig as part of the Finance team at Main Street.

Every superhero deserves a good origin story, and Jackie’s began 7 years ago, at KeyBank in Geneseo. Jackie was a teller with 21 years of experience when Assistant Accounting Manager Michelle Reding made a routine visit to the bank, and mentioned to Jackie that The Arc was hiring. While banking was in Jackie’s blood (her mom had also worked at the bank), she decided to give the world of Human Services a try.

“The rest is history,” Jackie says.

During the day, Jackie uses her powers for good, providing critical accounting support to The Arc’s major financial accounting areas, including Accounts Receivable. Then, in the blink of an eye, she’ll draw from an entirely different but equally important skill set. Three to four evenings per week, Jackie works one-on-one with individuals at either the Deiter IRA or the Center Street IRA in Geneseo.

Worth it, Jackie explains, because she’s a “people person.” As such, the positive energy of the women and men she supports makes her powers grow stronger!

“The best part is when you’re working with individuals,” Jackie says. “When you walk into the house, and they’re right there to greet you – that’s what gets me. I have one person who gives me a hug every night, and tells me that she loves me before she goes to bed. That’s what brings me back, every time.”

When she’s not working, Jackie enjoys spending time with her three granddaughters. And she’s in the process of renovating the Groveland Station home that she shares with her husband Shawn, who is also an Arc employee. He’s Production Group Leader in our East Avon work center, and previously worked in the kitchen at KidStart.

Would Shawn follow his wife’s lead, to become half of a Residential per diem Dynamic Duo? Probably not – but only because his own nights are busy answering a separate call for help!

Get Updates on Arc Events and the Latest News